I was lucky enough to take the exceptional Sony RX100 V (Mark 5) on an underwater test run in one of the most incredible dive spots in the world – Gardens of the Queen, Cuba. I tested the RX100 V in the Fantasea FRX100IV underwater housing, and needless to say, I was super pleased with the results!

The Sony RX100 series needs no introduction. These small, high-end compact cameras have taken over the market ever since the release of the first RX100 Mark I. They received a significant quality boost when Sony switched to the 20.1MP Exmor R CMOS 1″ sensor on the RX100 Mark III, and the newest RX100 Mark V is the epitome of technology and design, boasting the newest focusing technology, highest 4K video resolution, ultra sharp Zeiss lens and all packed in a tiny pocket size camera.

Main highlights of the Sony RX100 Mark V include: UPDATE: Fantasea have released the FRX100 V housing, which is identical to the FRX100 IV, only it has a 67mm thread instead of 55mm.

Luckily, Sony has kept the same physical design and button layout on the RX100 V, which means it fits in the same housing!

The Fantasea FRX100 IV is super easy to use. The camera slides right in, no prior adjustments needed.

All controls and buttons are conveniently placed at your fingertips. The buttons are clearly labeled and large enough to use even with gloves. One of my favorite things in Fantasea’s housings is the dual O-rings and the leak sensor, built into the housing. A main black O-ring is located on the back side of the housing and a secondary white O-ring is seated in a groove on the front part. Two O-rings minimize the chance of a leak, in case there’s a fault in one of the O-rings. In the unlikely event of a flood, your housing will immediately started blinking and beeping, letting you know there’s a problem.

The ring dial of the Sony RX100 V, located on around the lens, is controlled by a large knob on the left side of the housing, easily accessible with your left hand. The rear dial is control by a small spinning knob, which can be operated with the right thumb only, but easier to handle with two fingers, while holding the housing with your left hand.

All other controls are well within reach, positioned in the most natural way, with the real user in mind. Everything in this housing, from the location of the buttons to the thumbrests on the back, was based on rigorous testing and user feedback, to make sure the result is as intuitive as possible.

Diffuser – A large white diffuser snaps on the front of the port, bringing the light from the pop-up flash to the front, so that it won’t be blocked by the lens port itself, as well as diffusing the light to prevent harsh shadows and create more uniform lighting. When using just the housing, with no external strobes, this is a very useful tool!

Hand Strap – This handy accessory attaches to the right side of the housing, firmly attaching the housing to the palm of your hand. This significantly reduces the strain from your wrist when holding the housing, and especially useful for snorkeling or freediving.

LCD Anti-Glare Hood – On the back for the housing, Fantasea have installed two rails, dedicated for the attachment of an LCD hood, a valuable accessory when shooting in bright daylight, which are the most common conditions for diving. The soft rubber hood provides much needed shade on the screen, making it easier to make out what you’re shooting while you’re shooting it.

Silica Gel Packs – These little gel packs are a great help with preventing moisture from building up inside your housing, resulting in the port fogging up and ruining your shots. Moisture is common in humid areas, which most of the best dive spots are known for.

Security Lanyard – A mandatory accessory with any camera / housing. The camera + housing without additional lights / lenses will be slightly positive, so the lanyard is important to prevent the camera from flying up to the surface.

EyeDaptor M55-F67 Lens Adapter –  This is no longer needed! The new FRX100V housing comes with a 67mm thread built in! So all lenses will fit directly on the front of the port.

I love wide angle, so I was excited to get a pre-release UWL-09 lens from Fantasea to try out with this bundle. The lens performs beautifully, with very little vignetting (just a touch of zoom eliminates the black corners).

Just like many wide angle lenses, the corners will be a bit soft, but if you close down your aperture to about f/8, they become much sharper and blurriness is barely noticeable.

May 2017 UPDATE: Way to go Sony! The new firmware update fixes the flash issue and adds much needed UW White Balance! More on the update here

I used the Sony RX100 V with the Fantasea housing for an entire week in the beautiful Gardens of the Queen archipelago in Cuba.

I was testing this kit immediately after using the Sony A6300 for a while, and the first thing I noticed is how similar the experience was. Even though the RX100 V is a compact camera, it easily stands up to its bigger mirrorless brothers and delivers an incredible shooting experience.

The AF-A mode blew my mind. Most cameras offer AF-S and AF-C, which determine Single shot AF or Continuous, but the magical AF-A determines Automatically which method would be best for each shot, and acts accordingly. The result is that a moving subject would automatically be tracked and followed, for optimal focus, while a static subject would allow you to half-press and compose easily without losing focus. Whichever method I chose, focusing was lightning fast in almost any conditions. I was surprised how fast this camera responds compared to other compacts I’ve tried out. It practically feels as if you’re using a DSLR!

I was shooting mostly JPG’s while testing the RX100 V, since Adobe hasn’t released RAW support for it yet at the time of testing (It is supported now!). Even when shooting JPG, colors were deep and vibrant straight off the camera, with little post processing required.

I did shoot several RAW images, but could only really work on them after Adobe released their support. Even though the RX100 V’s zoom is slightly limited, with a focal range of only 24-70mm, the camera is still fantastic for macro photography, especially when paired with a good sharp close-up lens (diopter). What it lacks in magnification, it makes up for with sharp focus and high MP count, which allow you to crop the image later on and fill the frame with your subject, while still maintaining a hi-res image.

The iconic focusing system is a huge help for the actual shooting, and while with most cameras I usually get a mediocre ratio of sharp images out of a set, with the RX100 V I find the ratio to be much higher, and I get 80% of my macro shots perfectly in focus, even with small critters.

One of the lenses which I found that works very well on this bundle, is the Backscatter Macromate for GoPro. Since it’s a 55mm thread, it fits straight on the housing, no adapters needed. It’s very strong as it is a +15 and still allows a reasonable working distance.

UPDATE: Fantasea’s new housing, the FRX100V, includes a 67mm port built in, instead of the older 55mm port. So the Macromate is no longer a good choice for it, but rather the dedicated 67mm close up lenses.

I’ve included a few samples taken with the MacroMate and the Inon UCL-165 lenses.

The samples below were taken with the Sony RX100 V in the FRX100 IV housing + Backscatter Macromate +15 macro lens, and the pop-up flash only! No external flash used. The diffuser on the housing was useful in creating a nice even lighting on the subjects.

One of the highlights of the Sony RX100 V are its excellent video capabilities. The RX100 V produces high quality 4K footage at 30 fps, or full HD 1080p at 120fps. For those of you looking for some more extreme slo-mo, you will surely enjoy the HFR modes, which allow you to capture 1080p video at 960fps!

The Fast Hybrid AF system is very noticeable during video shooting, with precise focusing when tracking a subject or when moving between background and foreground.

The RX100 V is the best compact camera to date. Just when you think it can’t get any better than this, a new camera comes along and proves you wrong. The Sony RX100 V produces incredible high quality photos and videos, allowing fully advanced features with the simplicity of a compact camera. Paired with the Fantasea FRX100 IV housing, this is one of the leading options in the market, highly recommended for every diver, whether a complete novice or a seasoned pro looking for a more compact rig.

As of Dec 2016, this is my personal favorite at the moment, until the next one comes along! 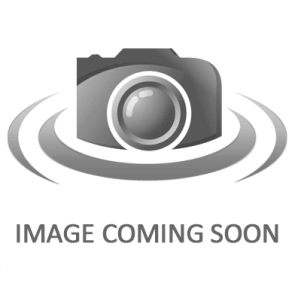 Rated ⭐⭐⭐⭐⭐ 5/5 based on 1 review
Best compact camera for uw photography , The newest RX100 Mark V is the epitome of technology and design, boasting the newest focusing technology, highest 4K video resolution, ultra sharp Zeiss lens and all packed in a tiny pocket size camera. – by Ran