With so many video lights in the market, it’s often hard to choose the best one that fits your needs. For the past year or so, the Kraken video lights brand made quite an impact among divers and underwater photographers worldwide, offering an impressive line of high-end, feature packed, underwater video lights.

I’ve been using the Kraken lights for quite some time now, and very pleased with them!

The first thing you notice about all of the Kraken lights, is that they have a very sturdy feel to them. Kraken uses high quality materials, fast charging batteries and top of the line LED’s.

Two buttons are used to control (almost) all of the Kraken lights, which makes it much easier to navigate through the different modes and power outputs. A battery indicator light surrounds the buttons, letting you know if your battery is full (blue), halfway (green) or low (red).

Also, most of the lights support the Kraken Remote Control unit, which allows you to control two lights simultaneously from the tip of your finger, via fiber optic cables. This is incredibly useful for videographers, who need to change their lighting quickly and efficiently, without too much fuss. It also makes it easier for photographers, who can adjust their lighting without taking their camera and eyes off the subject, when shooting macro photos.

For your peace of mind, all Kraken light heads are waterproof, so even in the unlikely event of a flood, your light is kept safe and dry. The lights can be used down to 330ft/100m. 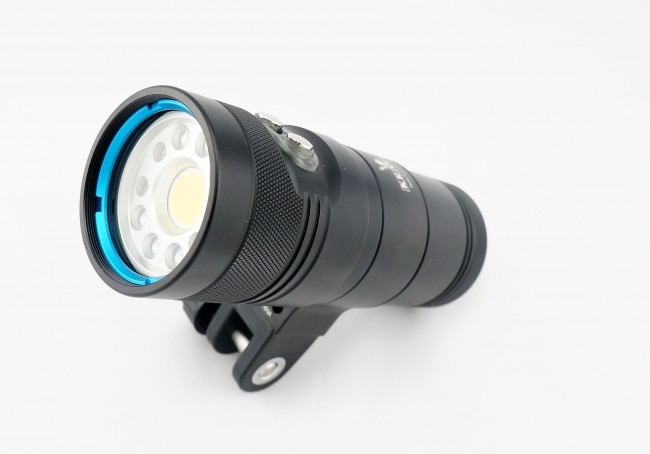 This is the newest addition to the Kraken line-up. The Hydra 2500 was designed with the macro photographer in mind, featuring White Flood, Red, Blue and Pink lights.

The flood light is perfect for standard macro video or photos, powerful enough for close-ups, and dimmable if you prefer to conserve battery.

The Red light is intended for using as a focus light at night, if using strobes as your main light.

The Blue and Pink modes are great for creative lighting when shooting macro! Use them as a backlight, or add a little bit of color tint from the side to get beautiful and unusual results.

I recently took this light with me to our workshop in Bonaire, and absolutely loved it!

Check out the following photos of a christmas tree worm, where I used the Hydra 2500 to add some pink light from the right side.

Kraken recently started implementing a new LED strobe technology, which allows you to use the video light as a strobe, triggered by the on-camera flash, producing a burst light which is almost twice as strong as the constant light output. This means you can emit 4000 lumens of light when shooting photos! The strobe feature works on each of the 4 modes available on the light. Pretty cool stuff. 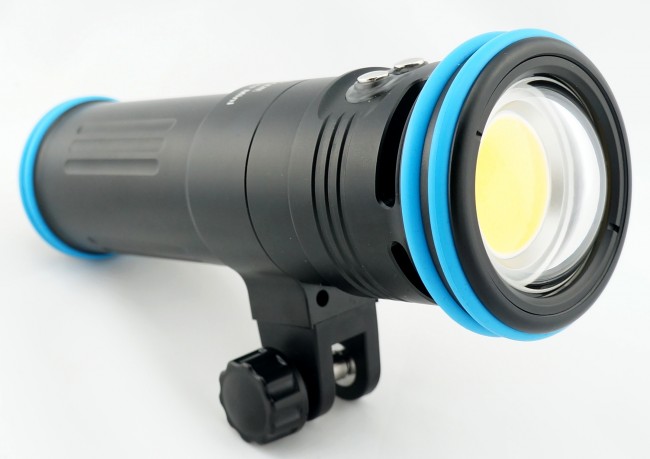 Don’t be fooled by the “Mini”. This little light is a beast! Capable of 8000 lumens of high quality flood light, this is one of the strongest lights in the market. Given the powerful output, Kraken managed to keep it fairly small in size. The battery itself takes up most of the light, in order to provide over an hour of burn time on full power.

The Solar Flare Mini is so powerful, you can even shoot some great wide angle photos with it!

The following photos were taken with the Tokina 10-17mm fisheye and just a single Solar Flare Mini:

The front of the light has been equipped with a dome port, to enlarge the beam angle to 120 degrees, even underwater! To protect your little dome, whether during travel or just when not in use, a neoprene cover is included with the light.

When testing the Solar Flare Mini, I found that it exactly covered the entire frame when using the Tokina 10-17mm on the 17mm end.

The Solar Flare Mini has just one mode, flood, so it’s really designed for those who simply need a lot of light, whether shooting video, or stills. Since the design still includes two buttons, Kraken assigned one button to increase power, and the other to decrease, making it very easy to control your power modes. For me, the most useful thing about it was switching between the highest and lowest power settings with only one push of a button, so that I can conserve battery life between shots, and quickly fire it up to full when recording.

The Solar Flare Mini weighs 2lbs above water and 1lb underwater, so make sure you get some float arms or foam units to balance the weight.

Check out this short video taken with the Solar Flare Mini: 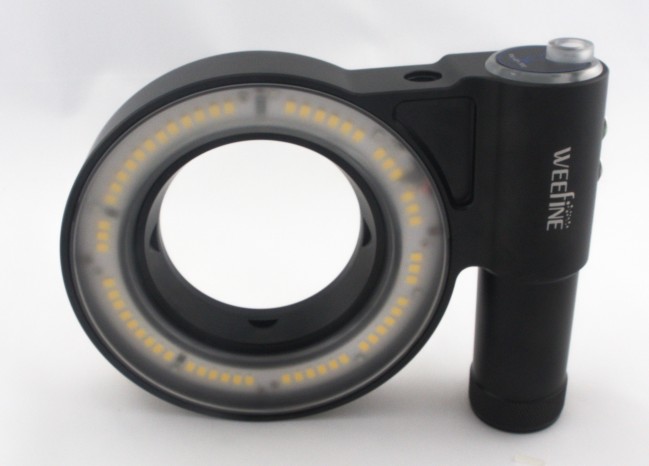 Ring lights have been around for quite some time in the underwater industry, but until now, no light was as easy and as elegant as the Kraken Ring Light 3000. The Ring Light 3000 is small, light, easy to use, universally compatible with a 67mm thread, and packed with features!

The main light is a 1800 lumen white light, but it also includes Red and Blue modes – Red can be used as a focus light at night, and blue can be used for creative backgrounds and side lighting.

This was the first light to feature Kraken’s unique LED strobe function, pushing the light up to 3000 lumens on burst mode, which is triggered by your on-camera flash via fiber optic cable. The cool thing is that the strobe has a memory function, so that you can use a constant Red light, but fire a white strobe light! That way you can easily shoot at night, without scaring away skittish marine life and still getting powerful lighting on your subject.

The even beam produced by the ring light is ideal for macro subjects, and can easily be fitted on any double threaded macro lens, such as the Inon UCL-165, Fantasea UCL-09 and UCL-05, Nauticam CMC-1/2 and more.

I used the Ring Light in the Philippines, during our macro workshop in Puerto Galera. By simply mounting it on the front of the macro lens, on the Sony RX100 V in the Fantasea housing, I got some great results and perfect lighting. Check out the following photos:

For those who want to use the ring light off-camera, Kraken included a thread, which can be fitted with an optional ball mount (sold separate), so that you can mount it on any standard ball & joint tray. 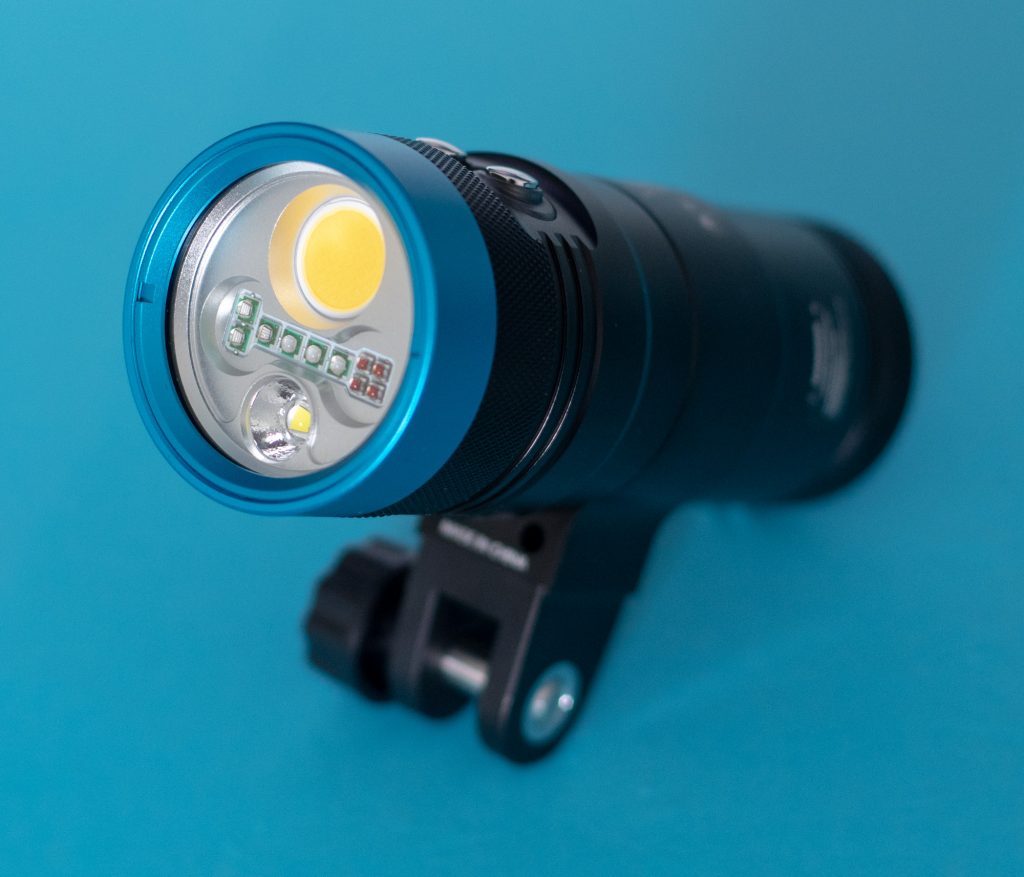 The Hydra 3500 WSRU can rightfully be nicknamed Kraken’s “flagship” light. This is the ideal choice for most underwater photographers, featuring pretty much every mode you’ll ever need – flood, spot, red and UV. The lumen output is perfect, strong enough for most scenarios, yet not too much to require a massive battery and a bulky light.

Equipped with both YS and ball mount, the Hydra 3500 can be mounted on any tray / arm system, and can be used for both video and stills, as well as a focus light, using the spot or red modes.

For those who fancy fluoro diving, the UV mode works great and all you need to get is the yellow filters for your mask and housing.

New version – S+, includes a strobe feature which can be triggered via fiber optic cable and an improved CRI of 90!

Check out our full review on the Hydra 3500S+ WSRU 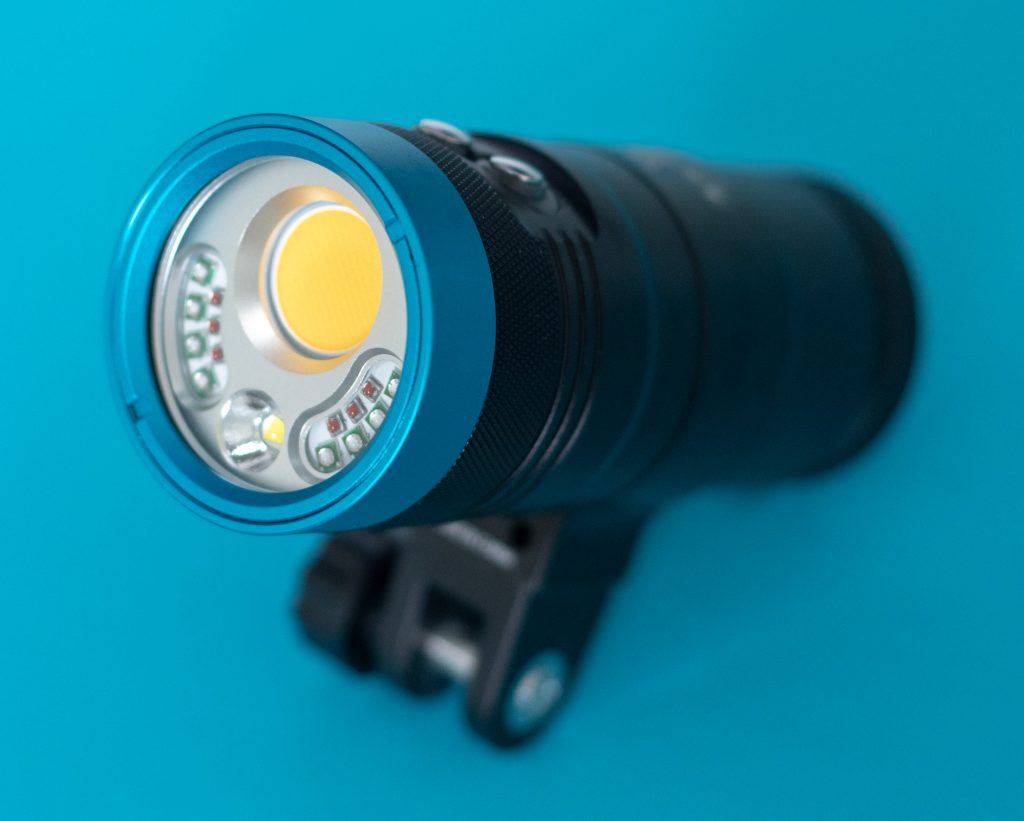 The Hydra 5000S+ WSRU is basically an upgraded version of the 3500 model. All features remain the same, but the output has been bumped up to 5000 lumens. The battery is stronger as well, which enables almost 1hr of burn time at 5000 lumens.

New version – S+, includes a strobe feature which can be triggered via fiber optic cable and an improved CRI of 90! 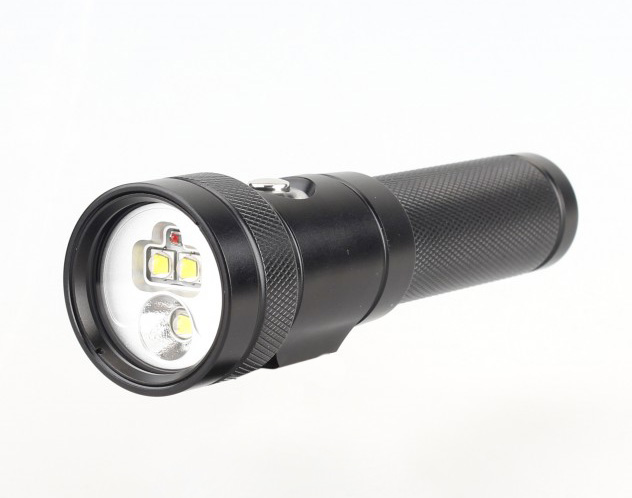 The Hydra 1000 WSR is the ultimate focus light! Small, light, featuring flood, spot and red modes, as well as a new Auto-Off feature, which turns off the light when the strobe goes off.

The Hydra 1000 WSR can produce 1000 lumens of flood light, 800 lumens spot and light enough to mount anywhere, whether you want it on an arm, your cold shoe, under your GoPro or even handheld.

It can easily double as a dive light, or even a video light for tight macro shots.

Burn time is an impressive 85 minutes on full power. 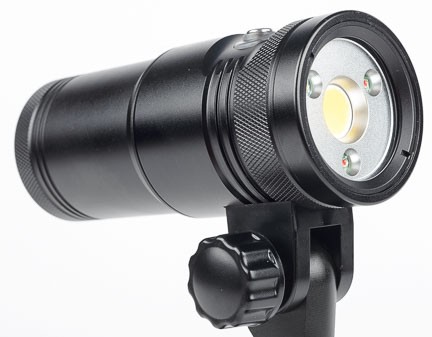 The Hydra 2000 is a great and affordable option for a flood / red only light. Highly recommended for GoPro and other action camera shooters. 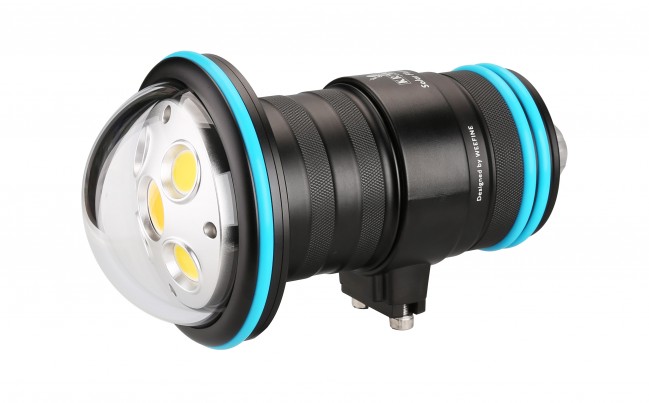 The high end Solar Flare Max is a masterpiece of engineering! This light produces a mindblowing 10,000 lumens of light, emitted from 5 high powered LED’s, through a unique dome port for ultra wide beam angle.

Still confused? Contact us via the online chat to speak to an expert about which light is best for you!