The thin line between strobes and video lights is starting to diminish, with Kraken recently adding a “Strobe” feature to their entire line of video lights!

Starting with the Ring Light 3000 and the Hydra Macro 2500, Kraken introduced a new feature to their video lights. By using a fiber optic cable, you can trigger the light, using the built-in flash in your camera, to fire a burst of light, for brief moment, which is actually stronger than the maximum output of the video light. For example, the 2500 model can fire a burst shot at 4000 lumens.

This feature was recently implemented in the popular Hydra 3500 and Hydra 5000 lights, while at the same time upgrading the CRI to and impressive 90. The new models were renamed 3500S+ and 5000S+. 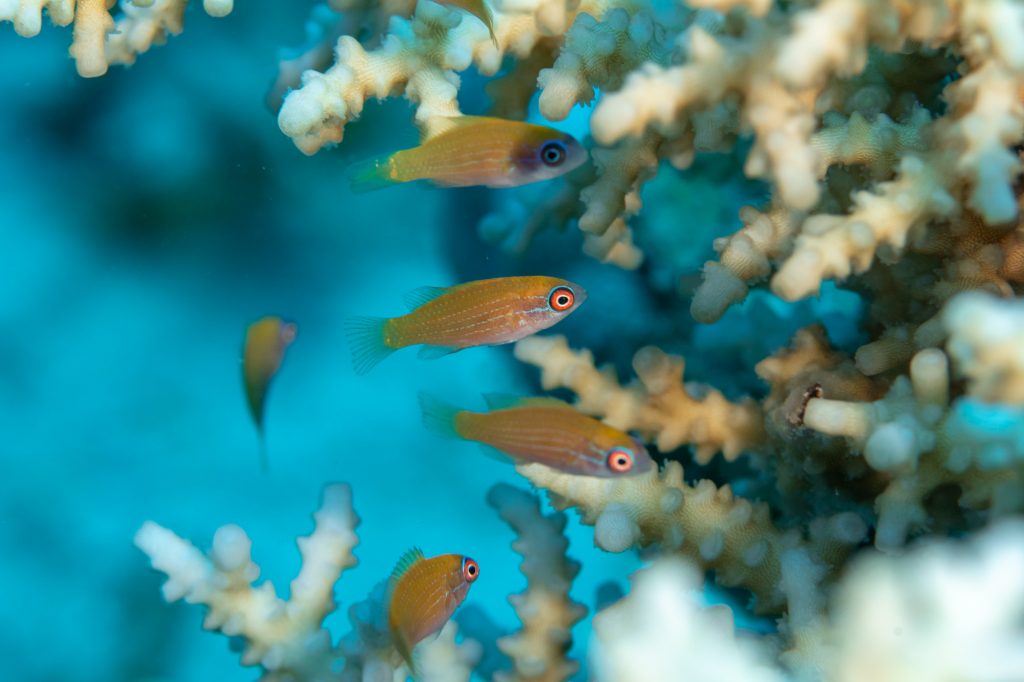 So How Does It Work?

The video light is fitted with an extra hole for fiber optic cable, in addition to the one that’s dedicated for the optional remote control. You connect a standard fiber optic cable (S&S type connectors) between the Hydra light and your camera housing.

To set the Kraken Hydra on strobe mode, you first turn it on (long press both buttons) then press the left button to cycle between the modes and choose your “constant” mode. That’s going to be the one that’s constantly on and helping you focus.

Then you long press the right button, to turn on strobe mode. In strobe mode, you can use the left button to cycle between your “burst” mode. This would usually be set on flood.

Now, the light will be on the “constant” mode on a low setting, with the indicator LED blinking. When your camera flash fires, the Hydra will output a short 1 second burst of light, then go back to dim constant.

What’s So Great About It?

One light fits all – You can use the same light unit for both videos and photos.

Conserve battery life – Your Hydra light will last much longer on strobe mode, since you are only using it for short bursts of light.

No recycle time – Because it’s an LED, the Hydra can fire as fast as you want! Your limitation here would be the built-in flash though, which needs to recycle. I recommend lowering the output on your built in flash as much as possible.

Strong(er) output – Sure, it’s still no match for a strobe, but you get much more juice out of the burst mode, about 1.5 times the maximum power of the light. Give it a few years and we’ll see lumen rating go up.

What’s Not So Great About It?

The utopian reality of LED strobes isn’t here yet. There are still some limitations which keep classic strobes relevant.

Lower Power Output – An entry level strobe produces light equivalent to 30,000-40,000 lumens. LED video lights aren’t there yet, and the ones that are that strong aren’t very compact.

Freezing your subject – A strobe dumps most of its light in an instant. Sometimes as fast as 1/10,000s. This helps us freeze the subject even with a slower shutter speed. The power isn’t affected by shutter speed. A video light on strobe mode still works as a video light and emits a constant beam for about 1s which means the amount of light in your frame is still affected by your shutter speed and susceptible to motion blur.

No TTL – There is still no solution to produce a TTL-like feature, which causes the light to produce the exact power output required to light up your subject well.

No power modes – The burst mode always fires at full power and cannot be adjusted. Yet.

Kraken’s innovative strobe feature is awesome. It creates an alternative for a strobe, which isn’t perfect yet, but definitely nice to have and sufficient for many underwater photographers. It’s only going to get better from now on, with stronger outputs, new technology and features and interesting future innovations. We’re excited to see how this develops.

Until then, I strongly recommend using the Kraken Hydra lights on strobe mode for macro photography. It works great, the power output is strong enough for good macro shots and it’s very fun to experiment with!