This week we will feature the talented Adrienne Gittus! 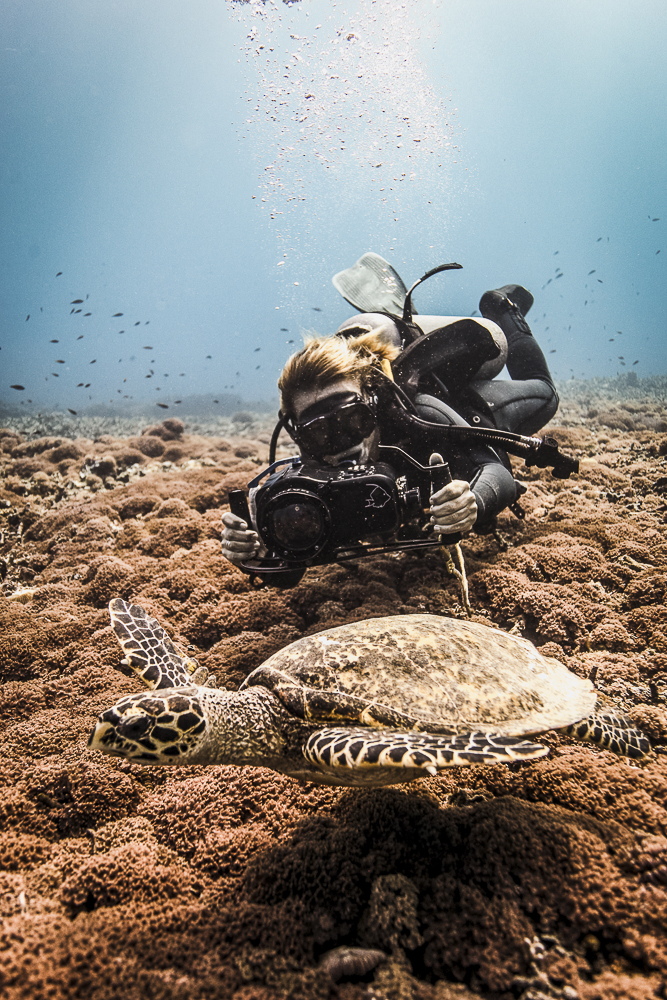 I didn’t learn to dive until I was 30, in the Cayman Islands, where a friend taught me for free. I was terrified until that first moment in the pool blowing bubbles. It was if a switch had flipped in my head and that thing I had been looking for all my life was right in front of me. Since then I have never looked back and I have spent the rest of my life devoted to diving and the ocean. My life path certainly would have been quite different if I had learned to dive at a younger age, as it has become my life’s true passion. It has resulted in a fairly nomadic existence and I am now very much an island girl. I have travelled and worked in diving over the world, from the Cayman Islands to Fiji, Australia, Palau, the Maldives, Mexico and Indonesia.

I have been working as a self-taught professional cinematographer since 2011, and founded Soulwater Productions in 2015. Although I started filming as a hobby I eventually shifted my focus from teaching people to dive, to filming the underwater world. I still see it as a way to inspire people about the ocean, but from a different perspective. My favourite things to shoot are weird and wonderful critters or at the other end of the spectrum, sharks and rays, which led me to create the film “A Fish Full of Dollars”, about shark fishing in Indonesia. The film was shot over four years with a zero budget and a lot of help from a long list of like-minded ocean conservationists.

I believe in the power of beautiful and striking imagery to change the world. My most enduring passion is the desire to use film and photography to preserve our oceans. “A Fish Full of Dollars” has won awards at a number of prestigious film festivals and has been screened around the world. Most notably the film won the award for Best Emerging Filmmaker at the Blue Ocean Film Festival in 2016. It has been screened at ADEX both in Singapore and Shenzhen, a massive win for creating awareness about the threats to sharks and rays in these two regions.

In more recent years I felt the desire to push my limits and started to explore the ocean to greater depths. I trained in technical diving open circuit and on the JJ-CCR rebreather, reaching the pinnacle of technical diving with a certification to 100m. As a result, I can film at greater depths, and get closer to hard-to-capture marine life than many other photographers. Earlier this year I completed cave diving training in Mexico, but with a powerful respect for a strangely beautiful and potentially dangerous environment, I am yet to take my camera into the cenotes.
I’m not really sure what the future holds, but for certain I will be spending plenty of time underwater, with a camera in my hands. 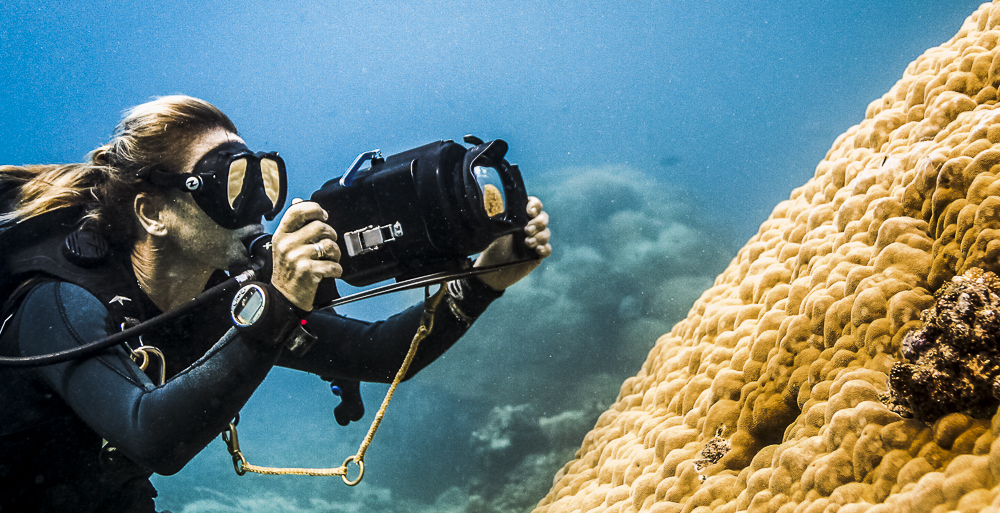 Canon 5D III
Ikelite housing for the Canon 5D with wide angle dome and macro port (I don’t use this underwater anymore but I still shoot on land with the 5D)
Lenses: Canon 17-40mm f4.0L USM lens, Canon 100mm f2.8L Macro IS USM lens
Tamron 70-200mm f2.8 SP Di USD lens (I use this on land only – it’s way too big for underwater)
These days I shoot underwater with a Panasonic GH4 with an Olympus 14-42mm f4.5-5.6 EZ pancake lens. Nauticam housing for the GH4 with WWL-1 wide angle wet lens and CMC-1 macro diopter (wet lens)
Lighting: 2×5000 lumen SUPE Scubalamp PV52T video lights with blue filters for clear ocean water
Using the wet lenses enables me to shoot both wide and macro and everything in between with just one camera lens and no need to select what I am going to shoot before the dive. No more wishing I had a wide angle when the whale shark swims past on a muck dive. 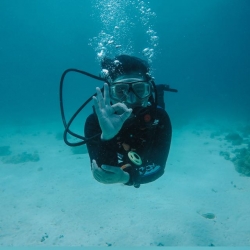