A camera housing’s purpose is to keep our expensive digital recorders dry, whilst allowing us to access the controls to change settings as necessary.

There are a variety of controls, from buttons to levers to dials, that allow this.

But, there are also various holes that allow us to attach additional devices, like strobes, monitors, etc. and these come in different sizes with different connections that can be a little confusing.

The most common way to trigger an external strobe in 2021 is via a fiber optic cable.

This has been the case with compact compact camera systems for some time, and, in more recent years, most DSLR and mirrorless housings now come with these connections as standard in the form of a port that accepts a Sea & Sea-style press-in plug.

Either the camera’s onboard flash or an LED Flash Trigger fires through these ports from inside the housing, sending the optical signal via the cable to the strobe. Basically, the camera flashes, the flash travels through the fiber optic cables, the strobe receives the flash, and then the strobe flashes accordingly.

Some compact housings don’t have the fiber-optic ports built into the housing itself, but they have a strobe mask that fits over the housing’s flash window that sits in front of the camera’s flash.

The strobe mask blocks the light from the camera flash, except for the ports where the plugs fit. This stops the camera’s flash from illuminating particles in front of the lens and creating unwanted backscatter, and only allows light to enter the fiber optic cables to trigger the strobes.

Some strobe masks don’t have the Sea & Sea style plugs; instead, they have a smaller hole where the optical cable fits directly into, or gives you the option for both.

The plug option is preferable, if you have a choice, as there are small o-rings on the end of the plugs that create a secure fit and stop them coming unattached during a dive.

As LED technology has advanced, video light manufacturers have built a “Strobe Mode” into certain models of their video lights.

These are triggered in the same way as a conventional strobe, via the fiber optic cable, and therefore utilize the same port on the housing. 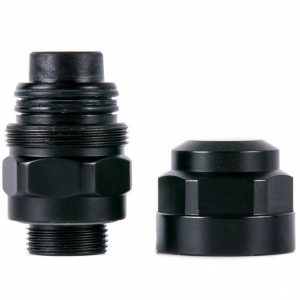 Traditionally, a camera’s accessory port was used to attach a bulkhead for connection of electronic sync cords for strobe triggering.

However, in more recent years, the trend has moved over to the aforementioned fibre optic cable for triggering strobes, as, amongst other reasons, they are lighter for travel.

But, some people still prefer to use a sync cord for various reasons. And some housings do not offer the option of connecting your strobes via fiber optics, so an electronic sync cord connected via the bulkhead can be the only way to trigger a strobe (many Ikelite DSLR housings operate this way).

Unlike the fiber optic window on a housing that is made of clear perspex and sealed against water ingress, there is a physical hole in the housing for a bulkhead to fit, which screws into a thread that can be of different sizes.

The two common sizes for bulkheads are the M14 and M16, which designates a metric size of either 14mm and 16mm respectively.

When purchasing a housing, if you elect to use electronic sync cords as your strobe connection option, the bulkheads normally come pre-installed.

But, if you are retrofitting them, you will need to remove the blanking plug that seals the accessory port when it is not being used.

One point to reiterate with bulkheads is that when you do not have the electronic sync cords attached, you must seal them with the protective cap, otherwise water will penetrate the housing through the electronic cables. At a minimum, this will destroy the electronics, and, at worst, cause a major flood that damages your camera and lens.

This is one of the advantages of using fiber optic cables, whereby there is no way water can ingress through them when strobes are not being used, so there is no risk in forgetting to block them (apart from the possibility of some backscatter in certain instances).

There are a few different connections, depending on what housing and strobes you use. 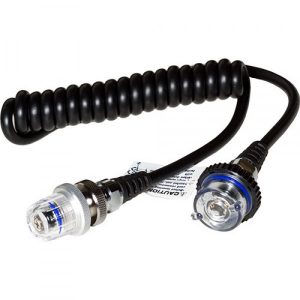 The two most common are the 5-Pin Nikonos – Sea & Sea makes “Type N cables”, and Ikelite makes their own connection type for their housings and Ikelite strobes.

The other option is an S6, which is more commonly seen on European manufacturer’s strobes, such as Seacam and Subtronic. 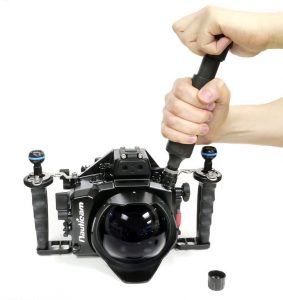 Another use for the accessory port that has become very popular recently is the optional Vacuum Valve for a Vacuum Check System.

The valve screws in the same way a bulkhead would, and then you use a pump to pull a vacuum to a pre-designated pressure that is checked by either a manual gauge or electronic monitoring system.

This is completed prior to a dive to check that there is a watertight seal on the housing. If you have made a major mistake, like omitting an o-ring, you will not be able to achieve the required pressure, and if there is a hair or similar breaking the seal the pressure will then change fairly quickly, giving you advance notice of a potential leak.

Please note that this should be part of your pre-dive check and performed well ahead of the dive, so if the vacuum check shows a problem, especially if it is a very small leak, there is time for it to become known as well as giving you the necessary time to check, clean and replace the housings and/or port o-ring, reassemble the housings, pull a vacuum and check the pressure again.

Remember, the Vacuum System is not a guarantee that your housing will not leak, it is to check that you have assembled your housing correctly and give you advance notice of any problems before you start the dive. 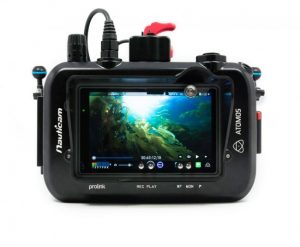 For those that like to use their camera system to shoot video, adding an external monitor like the SmallHD or even a combination Recorder/Monitor like those from Atomos is an option. 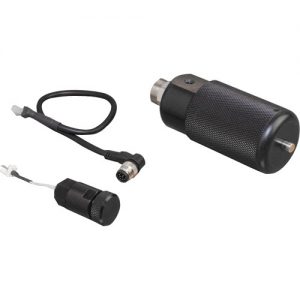 This is a device that lets you trigger the shutter of your camera from a distance.

This is quite a specialized piece of kit with specific uses, mainly for shooting shy creatures such as garden eels, but it can also be used for long exposures for creative effects or low light conditions on, say, a deep wreck with the camera set up on a tripod.

Another use would be a Pole Cam System for photographing potentially dangerous animals in their surroundings, from the safety of a boat, rather than risking getting in the water with them.

Aquatica make a Remote Trigger that connects via a bulkhead on your housing.

The final hole in some housings, namely DSLRs and Mirrorless Systems, is for the Viewfinder (VF).

Housings come with what is termed as a Standard VF, but this can be upgraded to a magnified VF that I consider to be an essential piece of kit.

Even though they are fairly expensive, external VFs are money well spent. Why drop $10k+ on a camera, housing, various lenses and necessary ports, plus strobes, cables arms and clamps, and then not have a clear view through the VF to frame your images?

Another 10% investment, and you have a nice bright magnified view to get the perfect composition when shooting.

There are two flavors available; straight (aka 180 degree) and 45 degree.

Some people consider the former to be best for open water wide-angle shooting and I have heard blackwater enthusiasts saying it is the best option for this style of photography.

I used one for many years when it was the only option available, and got on fine with it, but have now switched to a 45 degree model, and wouldn’t switch back, even when on blackwater dives.

Admittedly, there is a period of brain-training required where you need to get used to looking downwards, but seeing forwards, whereby you will struggle to aim your camera in the correct direction.

But once this is overcome, you will never want to be without it – so much so that I own two just in case one breaks!

The ability to have your camera at a low angle, close to or resting on the bottom, and clearly frame an image without the need to bury your head in the sand is priceless.

Especially for macro shooting, it opens up so many more shooting opportunities. And you can do this in both landscape and portrait orientation, as the VF can be rotated in a 360 orientation, as needed. Yes, $1000 isn’t cheap, but we all know this isn’t a cheap hobby! 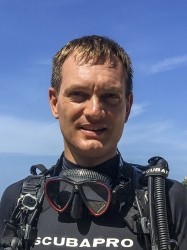