Inon have recently released the D-200 as successor for their D-2000 strobe, which is actually a simplified version of the Z-330. Since its release, the Z-330 was constantly back-ordered due to high demand and lengthy production process, so the D-200 was released just on time, and it more readily available.

The D-200 also sells for a very affordable price of $499 USD. That’s excellent value for money!

As mentioned above, the D-200 is a simplified version of the Z-330. It shares the same basic design, but with a lower output – 20GN and no sync cord connection. It can be triggered optically only.

These changes allowed Inon to drop the price to $499 and frankly, it’s more than enough for many divers. Especially those using a compact camera, who don’t need the sync cord connection and don’t need such a powerful strobe as they can tune down ambient light with shutter speed.

The D-200 shares the same great features from the Z-330, including the unique dome front design and two flash bulbs (one horizontal and one vertical) for maximum wide angle coverage of 110 degrees, without a diffuser. It also has the built in rotating light shade which helps minimize backscatter, if you remember to rotate it so the flap is between your strobe and lens.

Compared to the previous Inon strobes, such as S-2000 and Z-240, Inon have (finally!) simplified the controls and improved the knobs and labels, to make this strobe far more user friendly and easier to control.

The same sensitive light sensor is used, which works perfectly with any fiber optic cable as well as LED triggers, and is so sensitive you can use it off-camera and pretty far away for creative lighting setups (see sample below).

Both ball and YS mounts are available (sold separate), for maximum versatility. Note that a special fiber optic cable is needed to connect to the bottom of the strobe. Alternatively, you can get this nice little adapter kit to use any standard S&S type cable with Inon strobes.

The D-200 modes include Manual, S-TTL (slave TTL), Low and Full. Full and manual are pretty straightforward.
I love having the full mode option – if I need more power quickly, I can twist it all the way in a split second, one step back and fire away.

S-TTL and Low are automatic modes, which mimic the on-camera flash to produce exactly the right output. When used, the power knob has to be pointing up on neutral, or you can apply flash compensation by moving the power knob right and left.

The recycle time is phenomenal – 1.3s in full power. That’s probably the fastest strobe in the market! 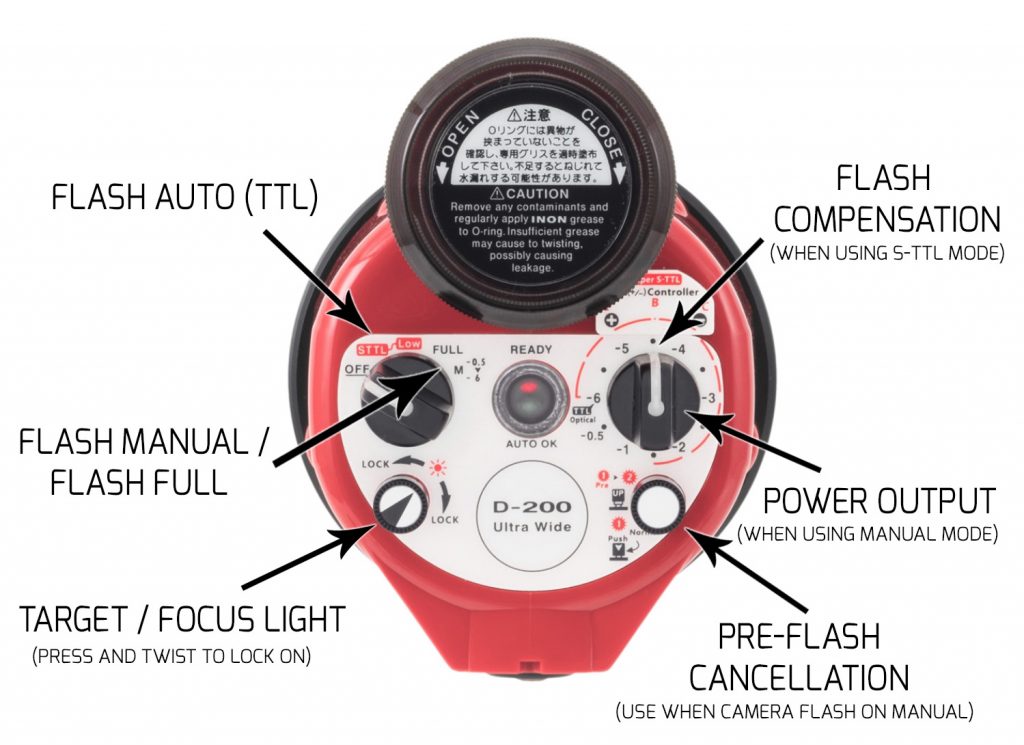 The newly designed knobs are perfect. They are so easy to twist and so easy to see where they are pointing – they even glow in the dark!

The power knob stops at the far ends of its range, as opposed to previous strobes, so it’s easy to know when you’re on minimum or maximum power output.

Rotating the light shade is very easy, and even removing it underwater can be done quickly, just in case you need a wider beam for a few shots. I found that I prefer having it off, as long as the visibility is good and the water is fairly clear of particles, since the beam is reduced quite a bit by the shade. Especially if you are using just one strobe, you probably want to enjoy the full 110 degrees beam so you might want to leave it off.

The Inon D-200 can automatically detect pre-flashes and adjust accordingly, so you don’t have to worry about it. Just make sure the knob is UP for pre-flash detection mode. If you are firing manual flash on your on-camera flash, then push the knob DOWN to save battery life on the strobe.

Overall I found it much easier to use than previous Inon strobes, so there was a big improvement here on their behalf!

Comparison to YS-D2J (without diffuser)

When comparing the D-200 directly to the YS-D2J, the difference is obvious. The D-200 produces a nice round and uniform beam, which is very wide to begin with. Most other strobes require a diffuser to reach that nice beam shape, which reduces the power by 1/2 stop – 1 stop, depending on the diffuser. This means you’re actually getting more power out of the D-200 compared to other 20GN strobes like the YS-01 and S-2000.

The D-200 performed beautifully for wide angle shots, thanks to the dome front which produces a very wide beam, as I showed previously.

On the photo above I did get some backscatter, because I positioned the strobe fairly low to get light inside the divers’ masks. Placing it higher would have prevented the backscatter but their eyes would likely be in the shadows.

Here are a few more examples:

No real surprise here, but the D-200 works great for macro. You can tune down the power output and bring the strobe right in there for nice uniform lighting. 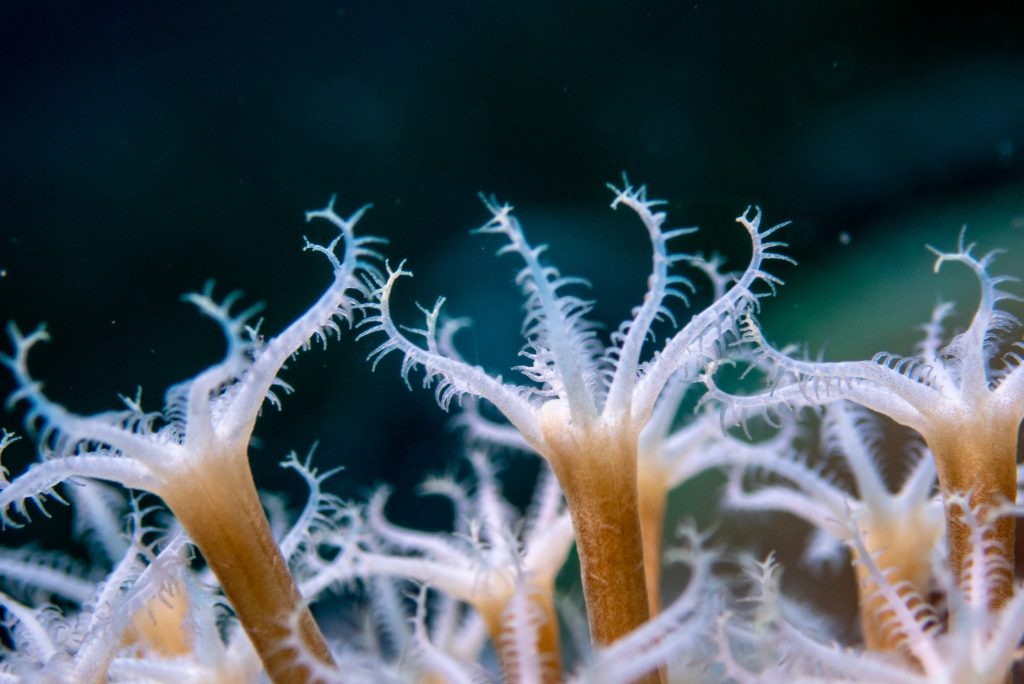 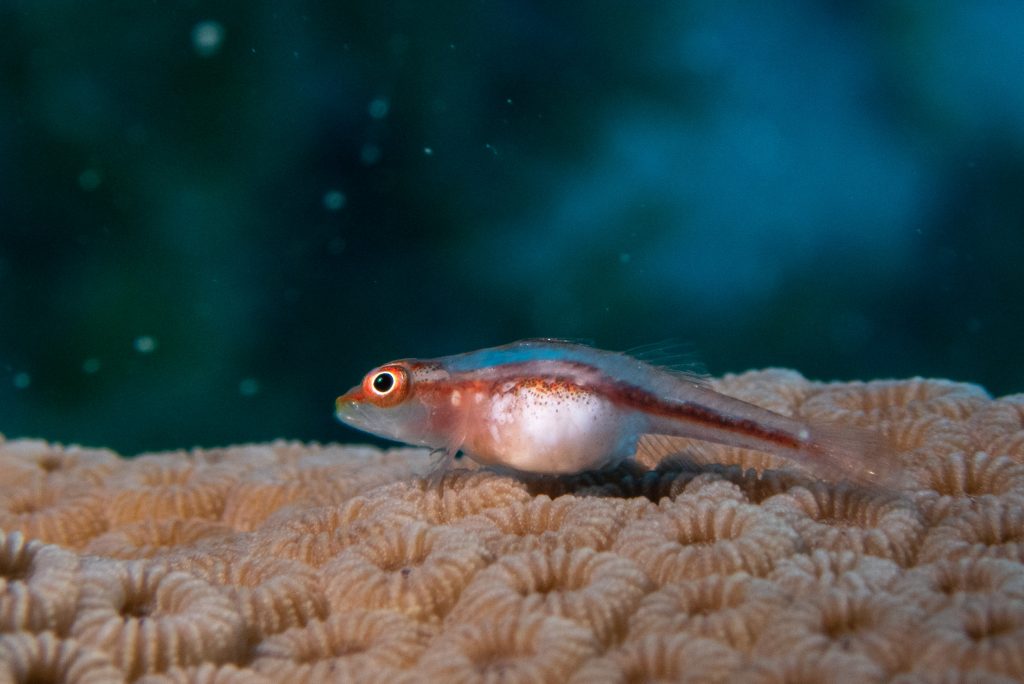 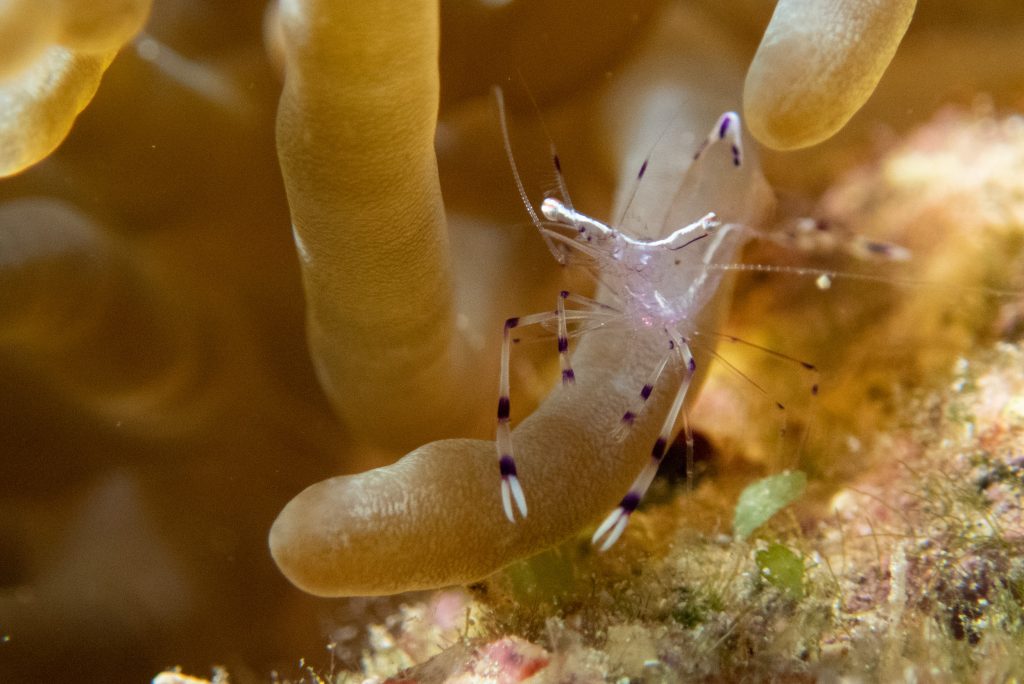 The D-200 is another excellent and reliable strobe produced by Inon, who have been leading the market with their strobes in recent years. The most significant change on this one is the excellent user interface and the dome shaped front.