This week we will feature the talented Gaby Barathieu! 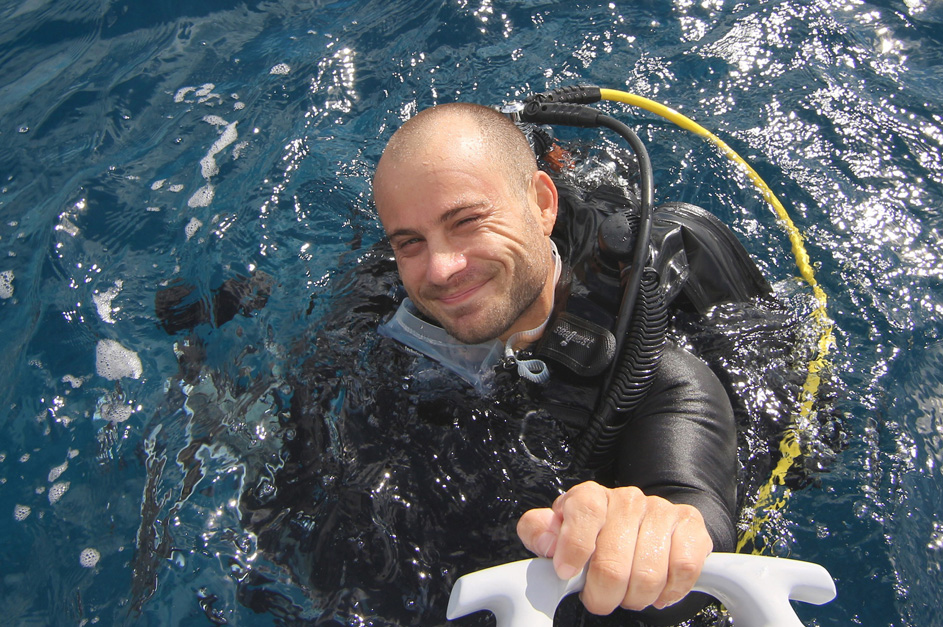 Born June 2nd 1983, Gabriel Barathieu spent his childhood alongside the Atlantic ocean in the family house located in the Landes, only steps away from the ocean.

It was in 1999, on Reunion Island, when he discovered the wonderful underwater world.

10 years later he decided to make it his home.

Once back, he rediscovered the beauty of scuba diving, getting his level 1 and 2 certifications along the way.

Very quickly he felt the indescribable need to share those hidden treasures hiding under the water through his lens.

He first invested in a basic kit: a small Canon compact camera with a housing.

Still not very comfortable with the photography part, he quickly realized that underwater photography is becoming his second passion. Perfect sequel to discovering the underwater world.

A year later, Gabriel invested in a professional underwater rig:

Next he got his Trimix Normoxique certification that allowed him to dive down to 70m (230ft).

Sadly, he suspended his deep diving activities in 2015 after the death of a friend and instructor in an accident.

A Dream: Passion To Career

Following the tragic accident, Gabriel quit his job in the public work sector and focused entirely on photography.

Forced to resume his former job after 2 years, Gabriel decided to set camp on the island of Mayotte and its magnificent lagoon.

Now more than ever he follows his dream to make a living through his passion and starts deep diving again.

At the end of 2016, Gabriel received the tremendous honor of joining the Subal Pro Team (a high-end housing manufacturer).

He then became part of a select group, the best underwater photographers in the world, alongside world-renowned photographers such as Brian Skerry from National Geographic or Alex Mustard to name a few.

In 2017 he won the Underwater Photographer of the year in the underwater photography category.