The Philippines has long been a dive destination for divers and Dumaguete, a city on the Island of Negros in the Southern part of the Philippines, has, in recent years, had an increase in visiting divers. The diving and the people in the area really make it an amazingly relaxing vacation where you can forget all about any stress and just absorb the environment and shut off.  It’s surprisingly easy to get to. The easiest way to get to Dumaguete is to fly to Manila and once you’re there, you’ll need to catch a short flight from Manila directly to Dumaguete. 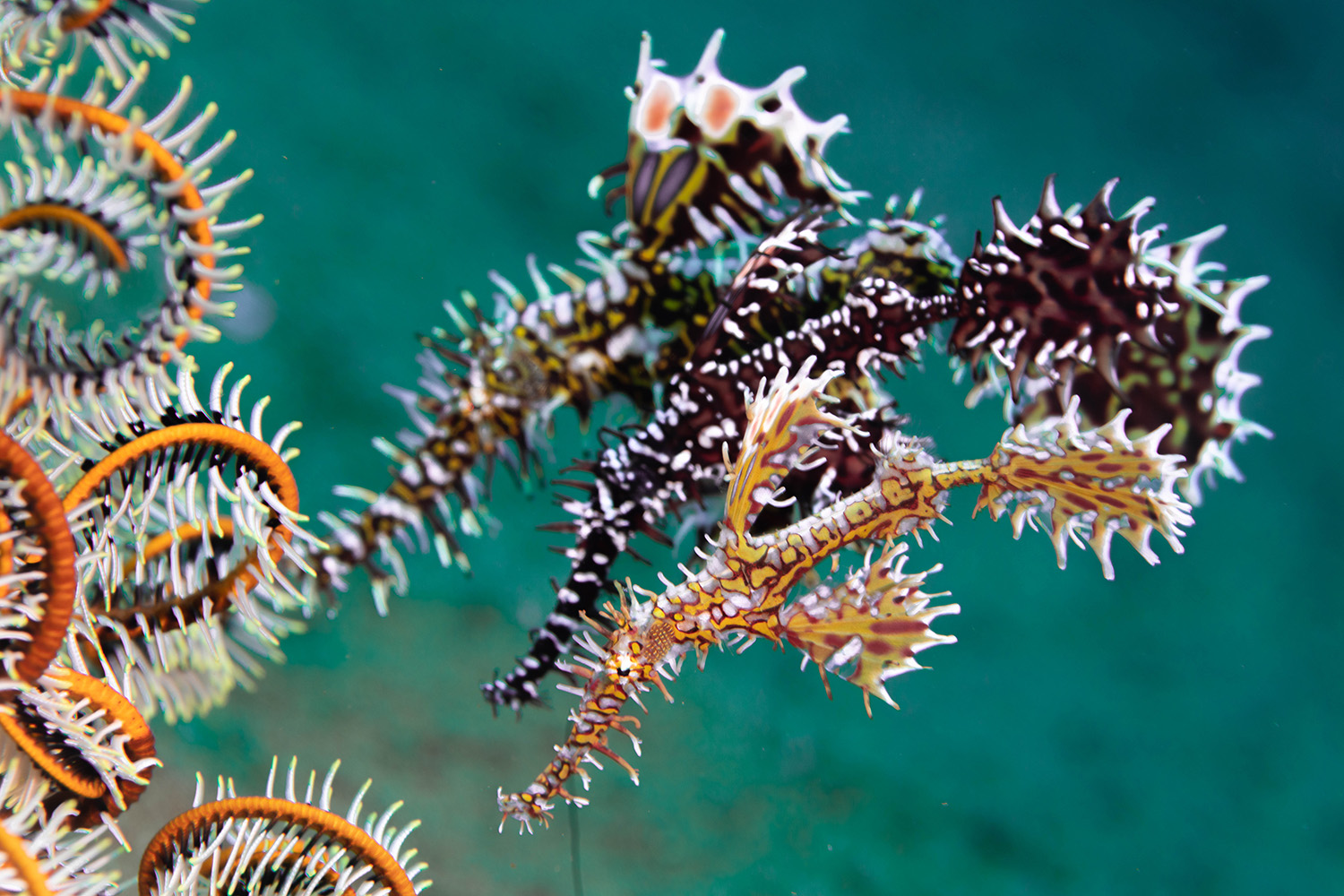 The Philippines, which is part of the coral triangle and is described as one of the most bio-diverse areas of marine life on the planet, has a wide diversity of marine life and coral reefs, ranging from the Northern part to the Southern islands. Dumaguete is not as congested as the Northern part of the Philippines and many people love the laid back and relaxing feel of the area. On my recent trip to Dumaguete, it was the image of a tropical island with its long stretches of beach and jungle-like mountains in the distance.  For a diver, the marine life combines a bit of the Northern area as well as life that is encountered in Indonesia, including muck diving.  Two treats that you will want to consider while you are there is a trip to Apo Island to dive and snorkel as well as a pretty much guaranteed chance to see whale sharks at Oslob on Cebu if you’ve never seen one, a short ferry ride from Dumaguete. 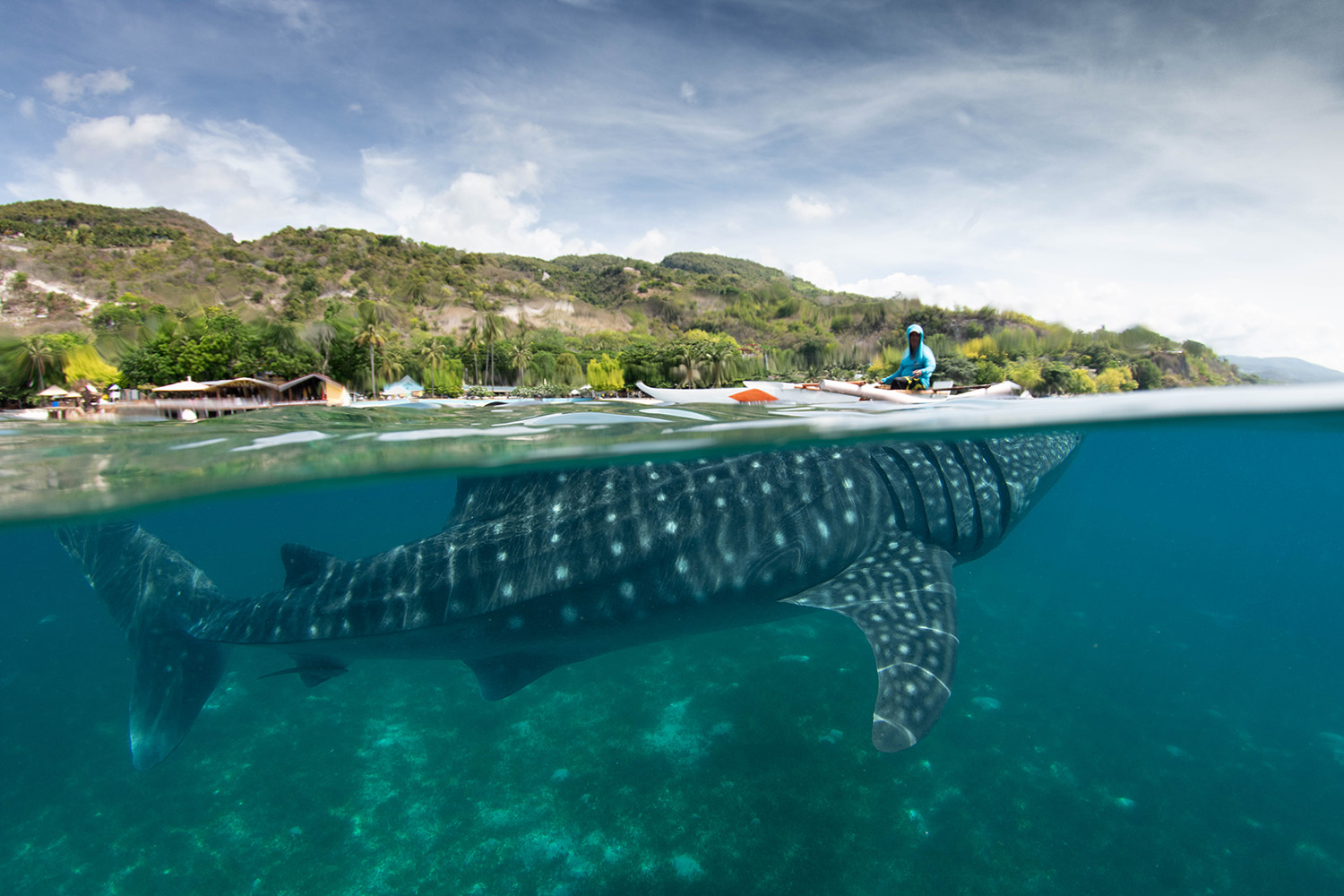 The general dive topography of the area was usually a combination of muck diving at deeper depths, scattered broken coral patches at mid depth with eel grass in the shallows.  Muck diving you generally need a muck stick to balance yourself off the bottom, a light to find well camouflaged marine life like flamboyant cuttlefish and nudibranchs and good buoyancy to keep the bottom intact.  The scattered coral patches as well as abandoned tires, nets and logs were home to frogfish of all sizes, sea horses, ghost pipefish and crinoids with various ghost pipefish and crinoid shrimp hidden in the arms.  One of the treats in the shallows was doing our safety stops and poking around the eel grass where we found squid practicing their neutral buoyancy while hovering in the water column, leaf ghost pipefish of all colors and sizes and nudibranchs with emperor shrimp hiding in their gills. 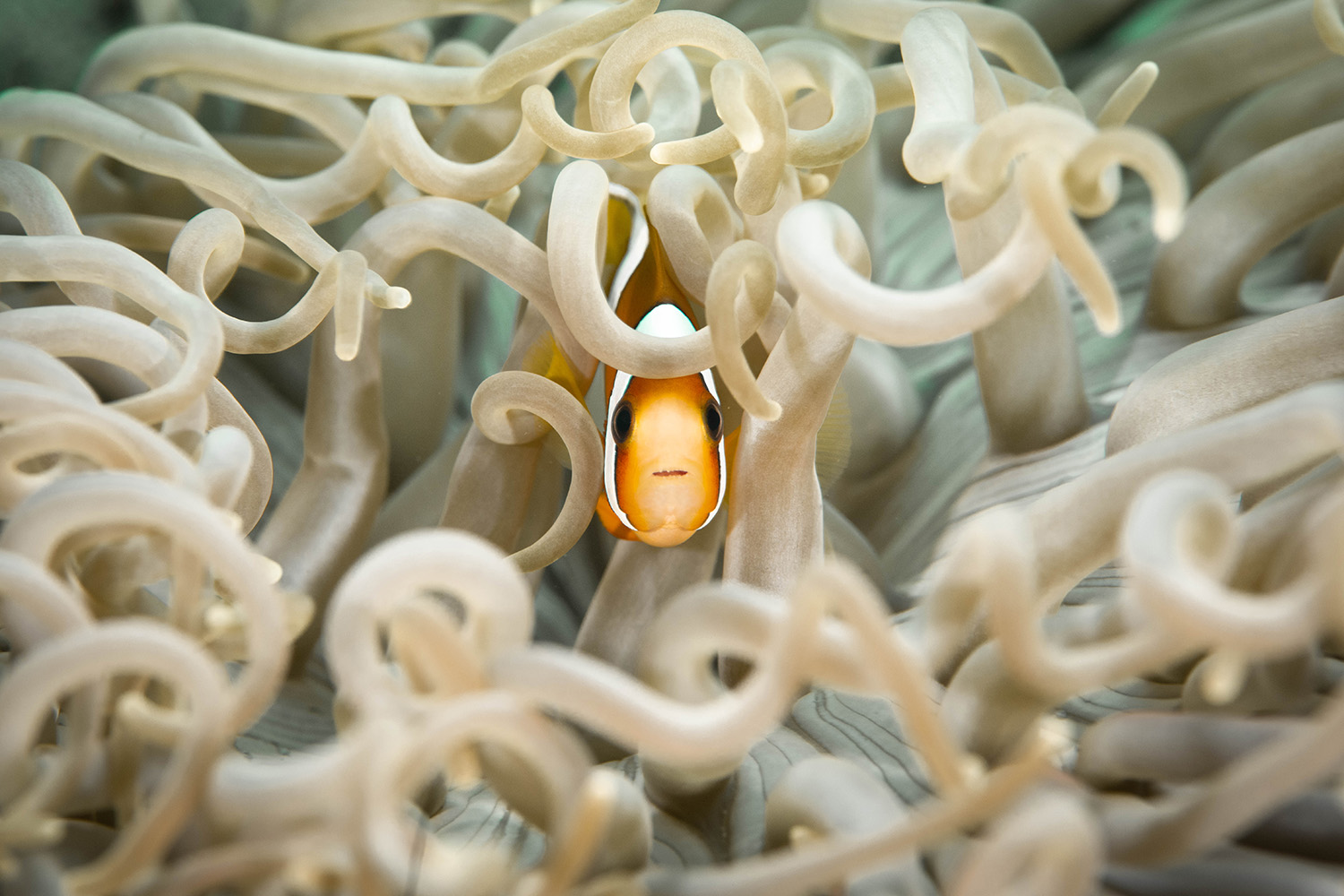 There was so much to see in Dumaguete but three dive sites that stuck out for me as a photographer were San Miguel, Coconut Drift at Apo Island, and the house reef at Salaya Beach Resort, also called Bulak. These three we enjoyed the consolidated variety of marine life and topography.

San Miguel was a short boat trip from our resort, Salaya Beach, and we frequented it many times throughout our week of diving because of the many different species of marine life we found in one site.  The deeper area was muck and the shallow was grassy.  As we dropped down the anchor line we were treated to so many fish surrounding the line and at the bottom, we found sea horses and frog fish not 5 feet from the mooring. Once we got all the shots we wanted there, we headed to deeper water and found so many ghost pipe fish living in crinoids sometimes in groups of 15 individuals.  We found not only regular cuttlefish but also flamboyant cuttlefish hiding under leaves and structures or scooting along the bottom along with the ever colorful yellow clown gobies perched up on shells. 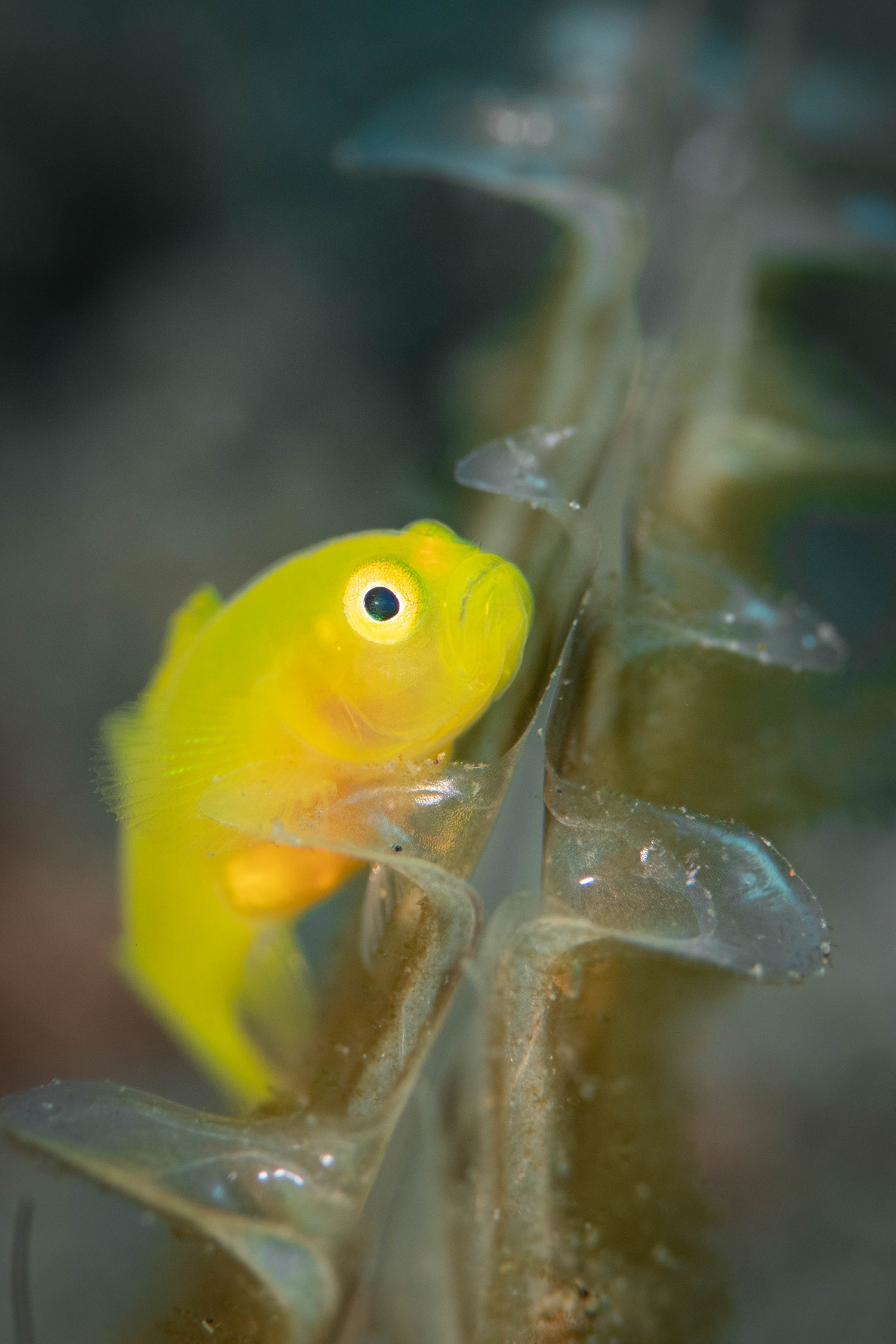 Diving Apo Island is a must and our dive at Coconut Drift was spectacular and did not disappoint.  As we descended to start our dive, we were treated to a huge turtle that decided to lie down in a coral bed and take a snooze.  I couldn’t believe the variety of corals including so many different soft, lettuce, barrel and fan corals. This site is a wide angle shooter’s dream!

Our last dive day in Dumaguete we decided to do the Salaya Beach Resort house reef, also locally called Bulak, and I wish we had dove it more at the beginning of our trip. Our surface swim to the drop was simple and the dive was on a gentle slope with broken coral fragments littering the site offering a home to many little surprises.  We found a couple jaw fish poking their heads out to see what was going on.  I saw some of the most colorful anemone I’ve ever seen with tomato clownfish scooting around and the biggest treat was a male clownfish fluffing and caring over his offspring! Next trip I will be spending more time at this site to see what else it has to offer! 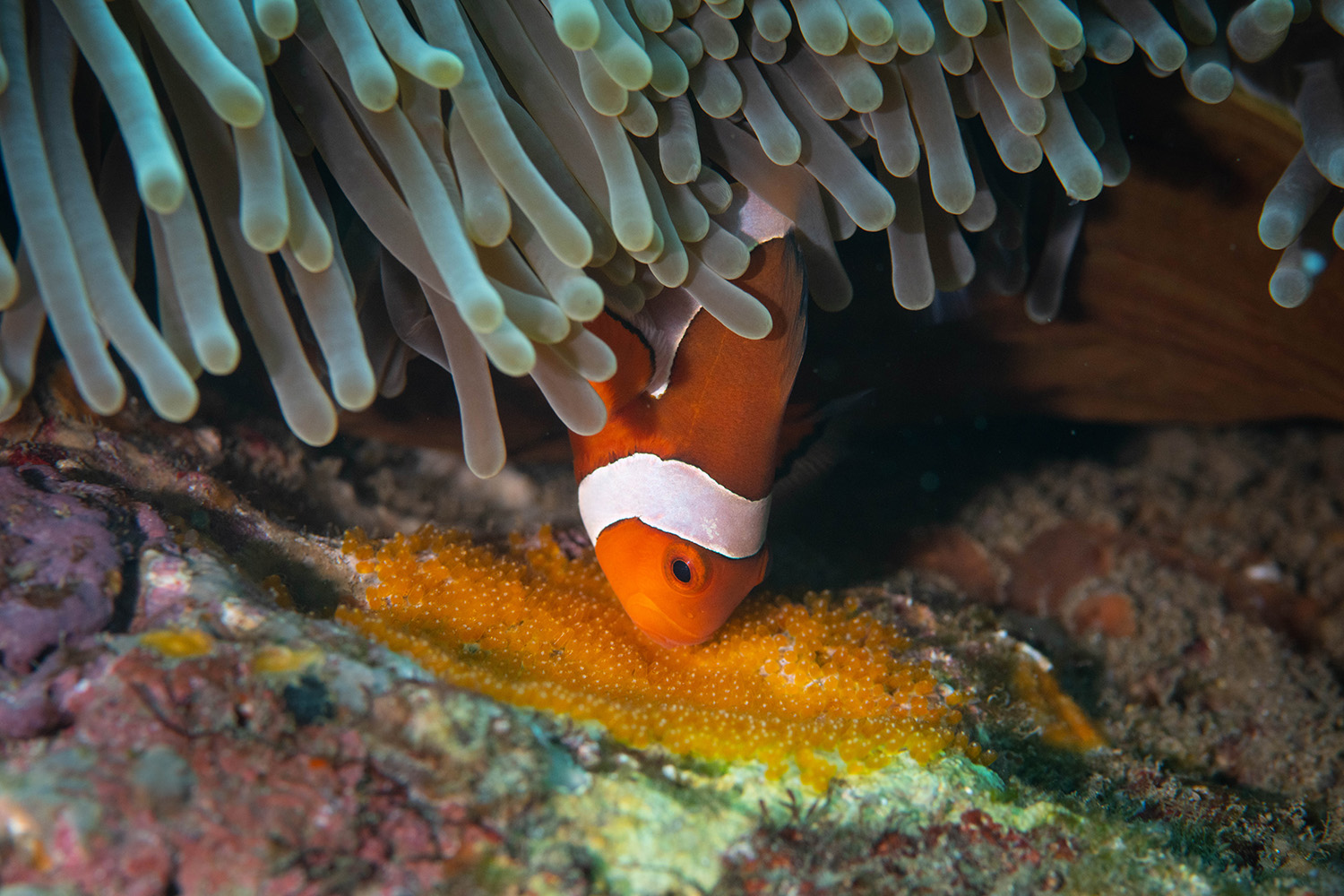 There are two seasons in the Philippines, the wet and dry season. Dry season is from November thru May and wet season is from June thru October.  The dry season tends to be popular but it can get very hot so best to plan a trip in December or January. However, if you want to see marine life mating and the resulting eggs as well as males competing for the females affections, we traveled mid-May when the rains had not fully begun and the area was not too hot and were treated to ghost pipefish males guarding their ladies against other males, male clownfish guarding and protecting the eggs, and tiny little frogfish not yet grown.

Sounds great, huh?  Well, I’ll bet you’re thinking how awesome it sounds and there couldn’t possibly be more to offer but you’d be wrong, add in the gracious and ever helpful Philippine locals as well as an endless supply of banana-mango milkshakes to make your tropical vacation complete. After visiting the Northern area several times I finally managed to make it to Dumaguete and I can’t wait to go back!